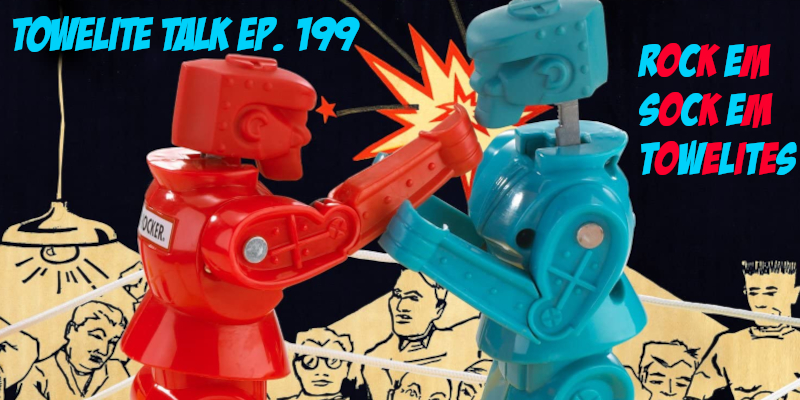 Casey and Chris knew their robot was the best fighter in the league even though Logan Barnum was the reigning champion. The duo knew that if they could just get in to the tournament they would win it all! BUT before that could happen they had to record this very Podcast!!

Episode #200 is coming to you LIVE! Stay tuned for more details!


Brought to you by DFAT Entertainment of Towelite Talk